Our tiny kitchen has been screaming for attention since we bought our house, but we kept putting it off because it just seemed like too big of a project to tackle. This room needs a major gut-and-reno job (and therefore some serious dough). However, as I stood in the middle of our kitchen looking around, I realized that there were a few things we could do to spruce it up without breaking the bank.

First up? We needed to paint out that ugly oak strip cabinetry. 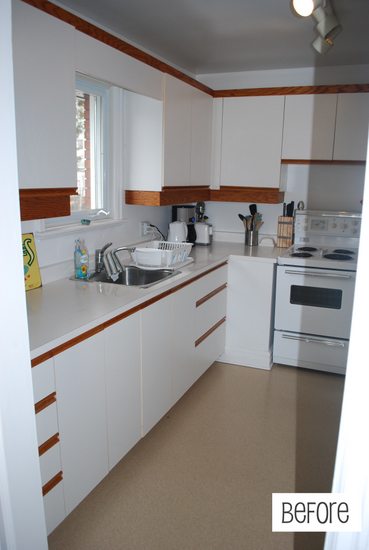 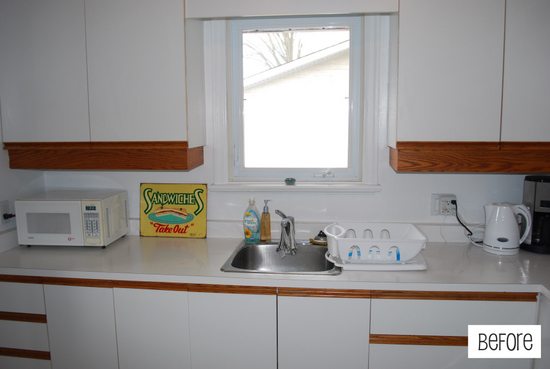 I figured I could paint out the surround in white and it would probably make the whole place look a lot brighter and more modern. I knew the whites probably wouldn’t match exactly, but just kinda decided to go for it anyway. So I grabbed a can of semi-gloss white paint that I had sitting around and got to work.

First thing was to give a very light sanding of the wood. Because this is a temporary solution until we can properly reno our kitchen, I wasn’t overly careful about sanding it perfectly – just rough enough so that the paint would stick. Then I taped everything off with this painter’s tape. 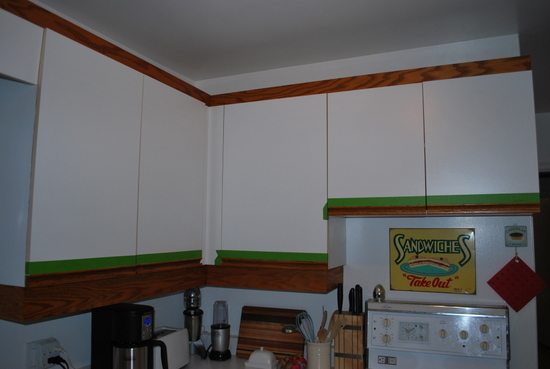 Then I got to painting.

The wood was pretty dark, so the grain definitely showed through at first… 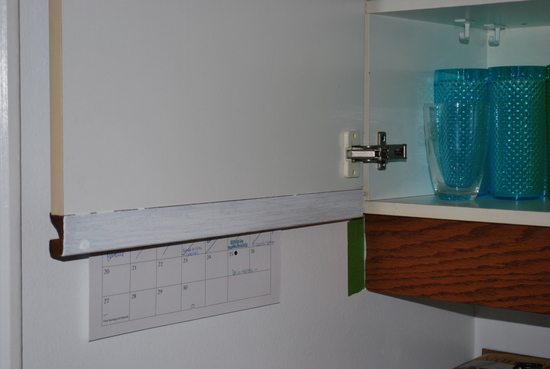 But about 3 coats later, things were looking SO much better. 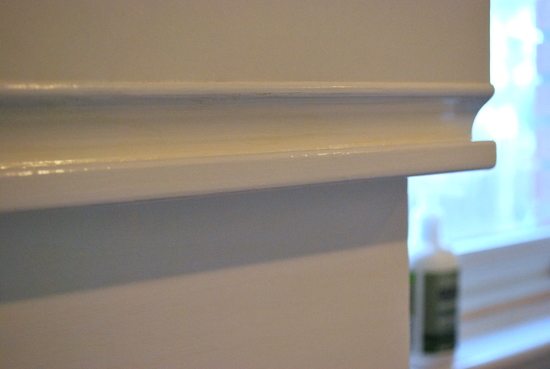 Here’s where things took a little turn for the worse. I decided that it would probably be a good idea to put some varathane as a top coat for extra durability. So I grabbed the varathane I had used for this project (among others), and had heard that it was pretty good for not yellowing over time. However, after putting a coat on all the white, it took only a few days for it to dry and start looking super yellow and gunky. I neglected to take a picture of this cause I was pretty bummed, but here is how crazytown things were looking while the cabinets were drying: 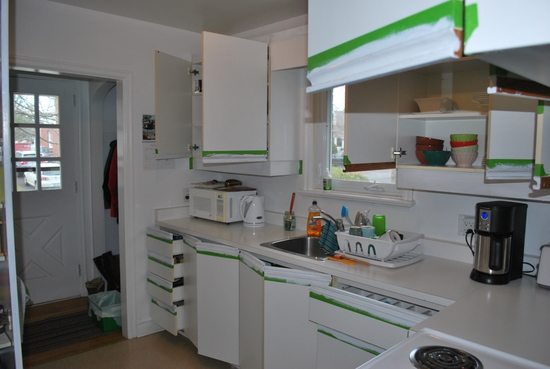 In retrospect, I don’t actually think it was the kind of varathane we used, but instead the fact that it was pretty hard to get a thin coat since there are lots of nooks and crannies. So after trying to just live with it for a few days, I gave in and did another coat of white paint on top of everything. Back to nice crispy white.

So here’s where things stand. Please don’t judge me on how messy the kitchen is. I’m just keepin’ it real…. 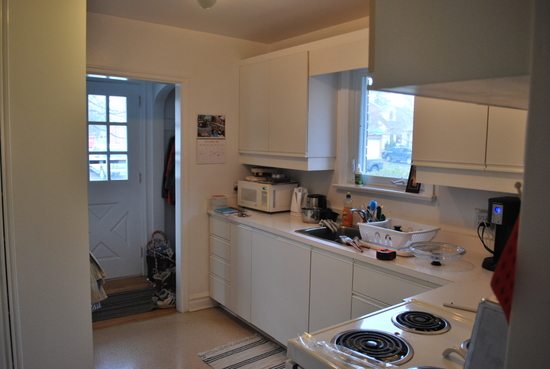 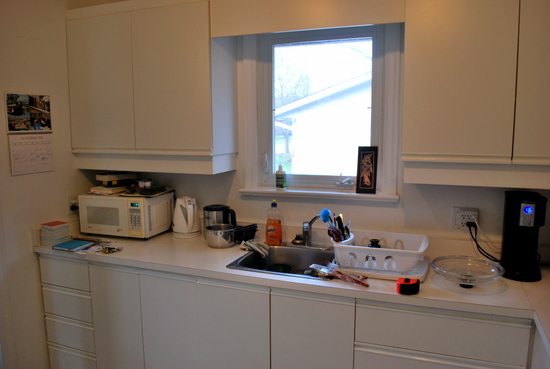 Yes, the whites between the painted part and the rest of the cabinet don’t match exactly, and yes it’s just a temporary solution until we can get better cabinets, but it’s SO much better than it was. The whole room just instantly feels brighter.

Want to see how the space turned out with new hardware and peel ‘n stick vinyl tiles? Click here for the reveal! 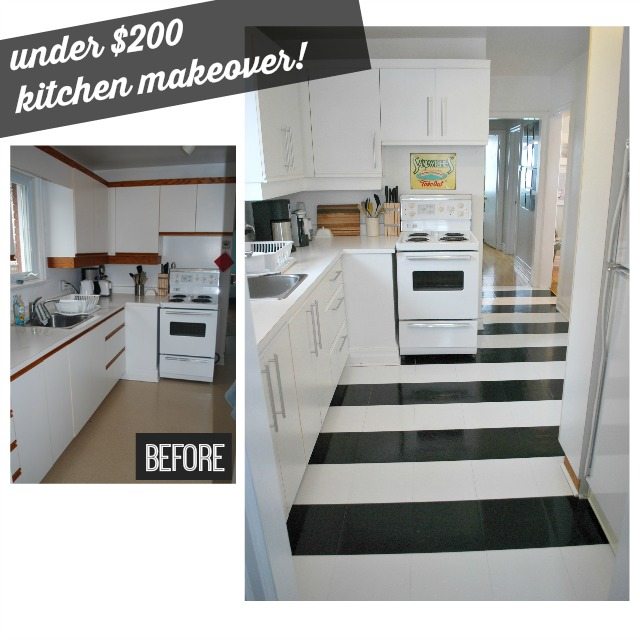