There has been a flurry of activity over at our house in these last few weeks. My last update – here – was after they had gutted the interior of the house. Well, a lot has happened on our house renovation since then.

First they peeled off all the brick. It filled a whole dumpster worth – which can actually be ground up and used as fill again, so it’s a “clean” dumpster – but not before I grabbed a brick to save as a keepsake. Not sure what I’ll do with that yet. Maybe use it as a bookend? 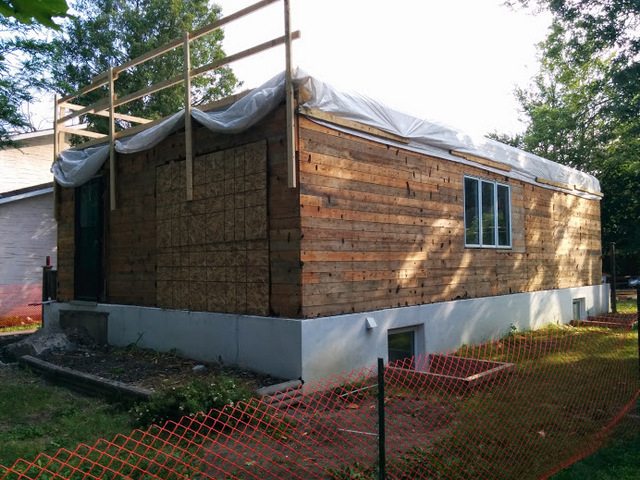 They were waiting on the excavation, so in the meantime got started with framing the second story. It’s only on the existing bungalow, so it looks rather tall and lopsided at the moment. Once the new garage is there (to the left of the house) with a second story above it, it’ll all make more sense. 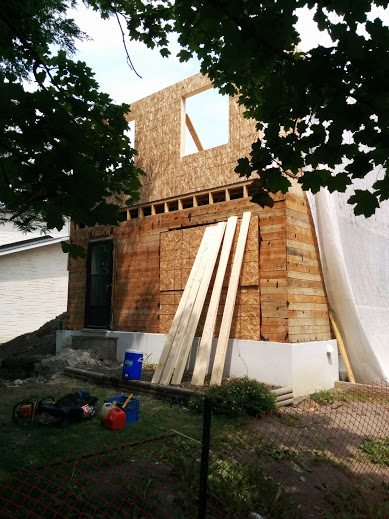 Speaking of the garage, the excavators came and tore up our old free-standing one. Apparently there is a video of it coming down on our contractor’s phone. Need to hunt that down! 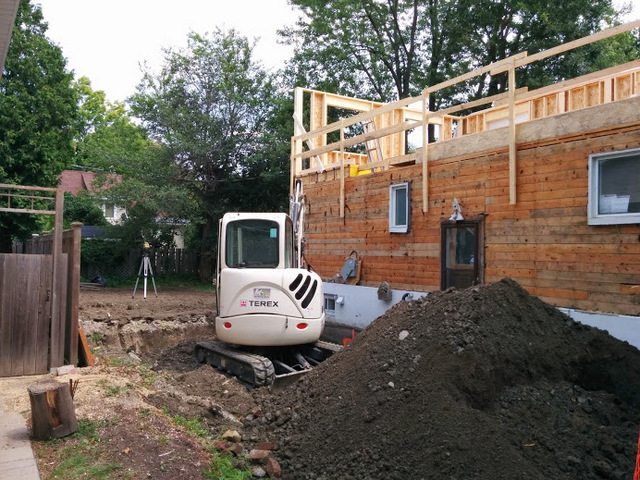 It has meant that our backyard all of a sudden feels SO much bigger. Sure there are piles of construction material back there, but we are totally starting to envision the potential. 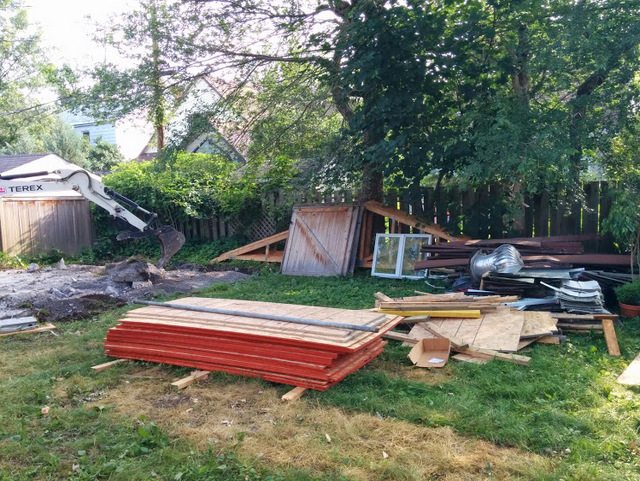 After the garage came down, they took down a large tree that was in between us and our neighbour’s place. It was really starting to intrude on their house, and there was no room for our new garage with it there, so it had to come down.

And then a bunch of digging went on. All the way around our existing house to fix the foundation and put in weeping tile and draining systems (all of the old weeping tile had disintegrated), and then also to pour the new foundation for the garage. 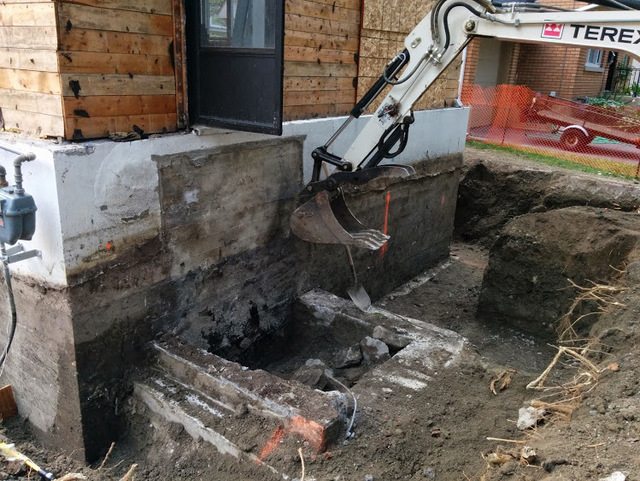 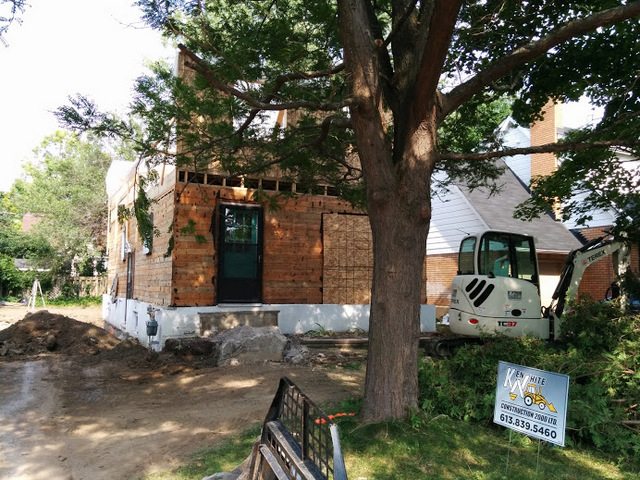 On the inside, the new ceiling/floor system for the second floor started to go up, and a few new windows and doorways were cut. 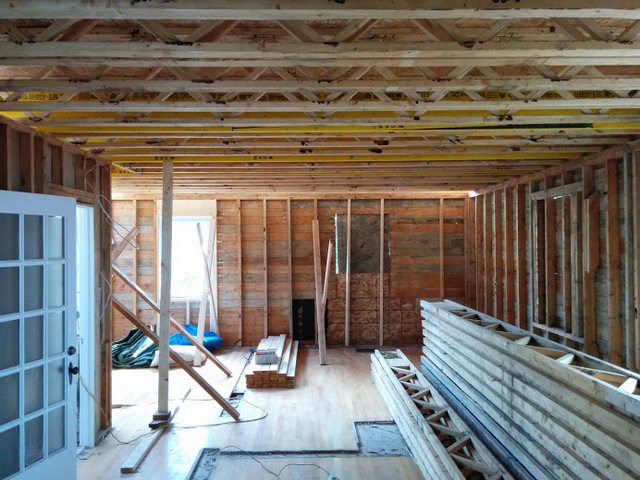 As of this week they have poured the footings for the new foundation and back deck, and are working on the drainage systems around the house. Things are a-moving! I really can’t wait to start to get that garage up and see our vision start to come together.

0 shares
« a day at the beach: family photo shoot
furniture redo: a navy and gold dresser »