Home » DIY PROJECTS » How to Paint a Patterned Ceiling
37shares

A couple nights ago I was at home by myself, vegging in front of the TV while surfing pinterest, and got a sudden burst of energy to paint our ceiling in our front hallway. So I wanted to share how it all went and show how to paint a patterned ceiling. 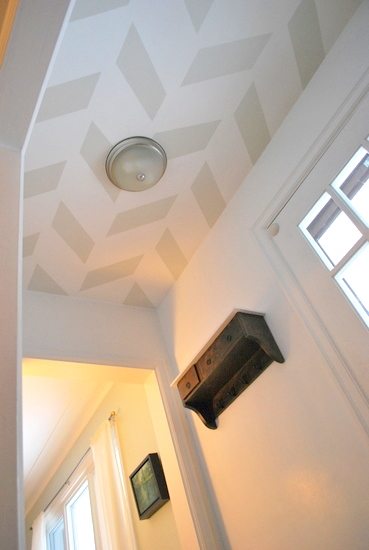 How to Paint a Patterned Ceiling:

I changed into my paint clothes, grabbed all the supplies from my stash of paint in the basement, and got to work.

We haven’t done much (other than hang a few things) to our entryway since we moved in, so I was starting with a completely blank slate. 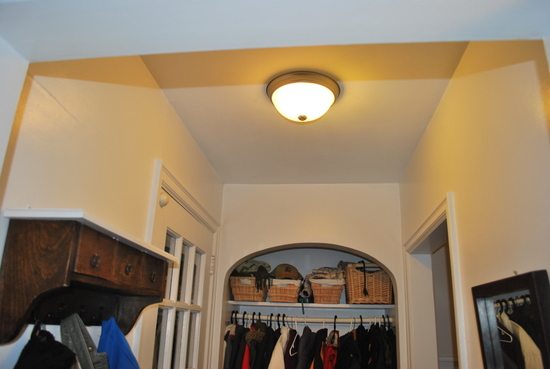 How to Paint a Patterned Ceiling – gray herringbone

I loved the gray and white herringbone pattern posted above (top right), so since I had some light gray paint kicking around (and was starting with a white background), I  decided to go with something pretty similar.

First step was to put a piece of tape down the exact center of the ceiling. Oh, you might be wondering why I didn’t take off our light to paint the ceiling. Replacing that old boob light is on the “to do” list – it’s ug-ug-ugly. When we do, I’m planning on putting up a medallion to add some architectural interest to the space. Since the medallion is going to be bigger than the boob (ha), I wasn’t worried about getting under the light fixture. Plus, the hubs wasn’t home and I didn’t want to get into removing the light by myself.

Now, back to the steps. I put down the first piece of tape down the center and then re-measured to get the half point between the middle piece of tape and the two side walls. On that half way point, I put down two more strips of tape. Once those two pieces were up, then I just added some tape along the wall edge to ensure a crisp paint line. So that’s 3 pieces on the ceiling all evenly distributed, and 2 along the wall edges. 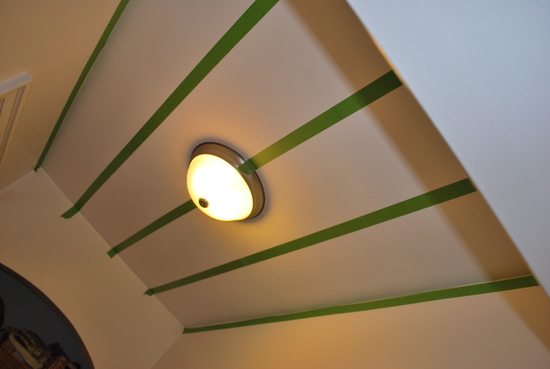 How to Paint a Patterned Ceiling – measure and tape

Then I used a ruler and measured 10 inch increments along each piece of tape (except the two pieces that are masking off the wall). See those pencil marks on the tape? 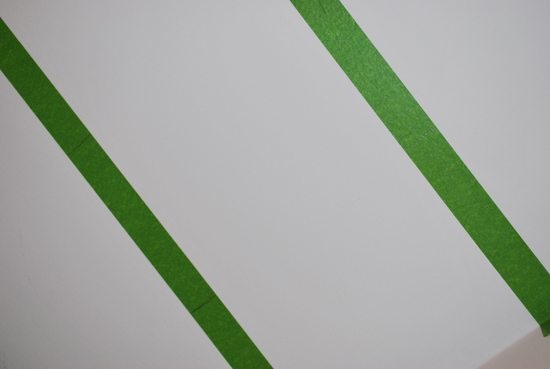 How to Paint a Patterned Ceiling – diagonal pieces

Then I got out my tape again and stuck down the diagonal pieces. You match from one mark on one piece of tape, to the next mark on the second piece of tape. Does that make sense? Check out the pattern below and I think you’ll see what I mean. I also added the small dots of tape to remember that those were the sections I wasn’t going to paint (one painted, one not painted, and so on).

I didn’t care about having an exact herringbone pattern, so my tape is even throughout. If I had wanted a perfect herringbone, I would have needed to have the tape be on the inside of the line for the white rectangles. Frankly that just hurt my brain a little too much. 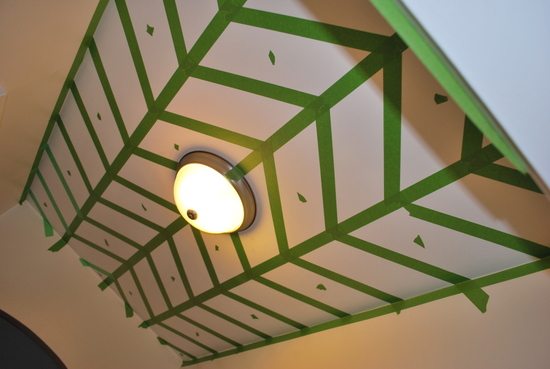 How to Paint a Patterned Ceiling – roller time

Then I got out my little sponge roller and painted. 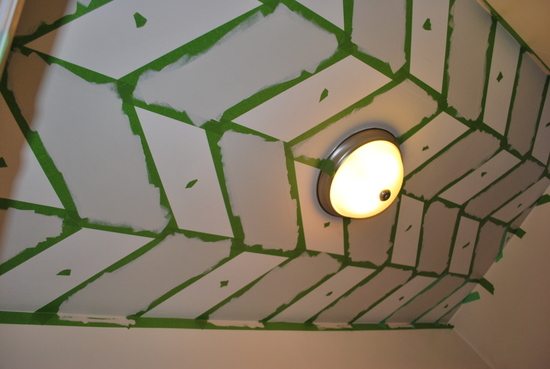 I put on two coats of the gray, watched a few episodes of Home by Novogratz (anyone else love that show?!), and then went and peeled off the tape. And surprise surprise, it turned out really nicely! I was sort of expecting for this to not really turn out, since I did it on the fly in a couple of hours, but I am totally smitten with the results. Plus, it makes the room feel a whole lot taller. 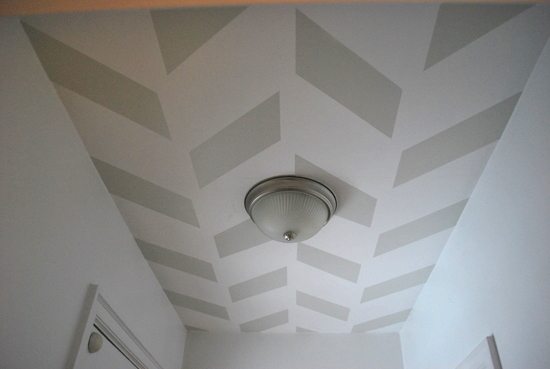 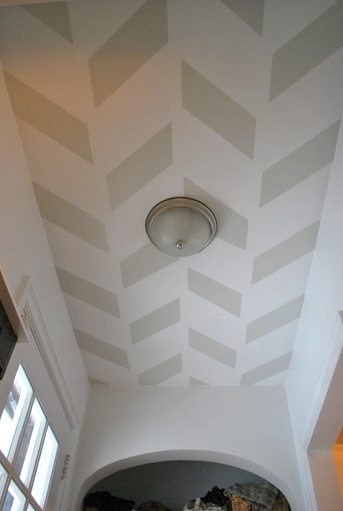 Fun, right? I’m glad I went with the light gray — it feels fresh and airy. 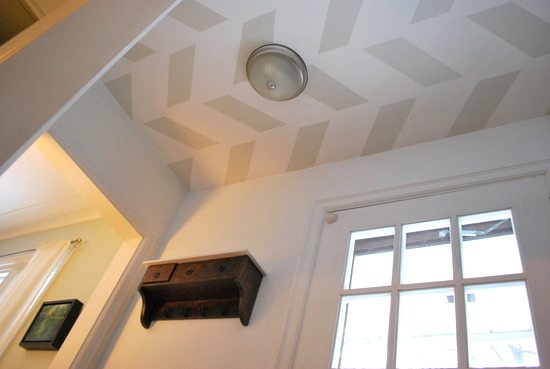 Now to do something about that boob light. Hmm…

What about you guys? Ever painted a ceiling before? Doesn’t it transform the room? I now want to go and paint all the ceilings in our place..