We knew from the get go that we weren’t going to have the traditional cake at our wedding. Why? Because we love us some pie. Yep, we wanted some good ol’ homemade apple pie as our main dessert. So seeing as it seemed wasteful to get a big cake that probably wouldn’t get eaten, we decided to go with cupcakes. I knew these would be a hit, especially with all the kiddos who were going to be at the wedding, and I was sure they would get devoured. 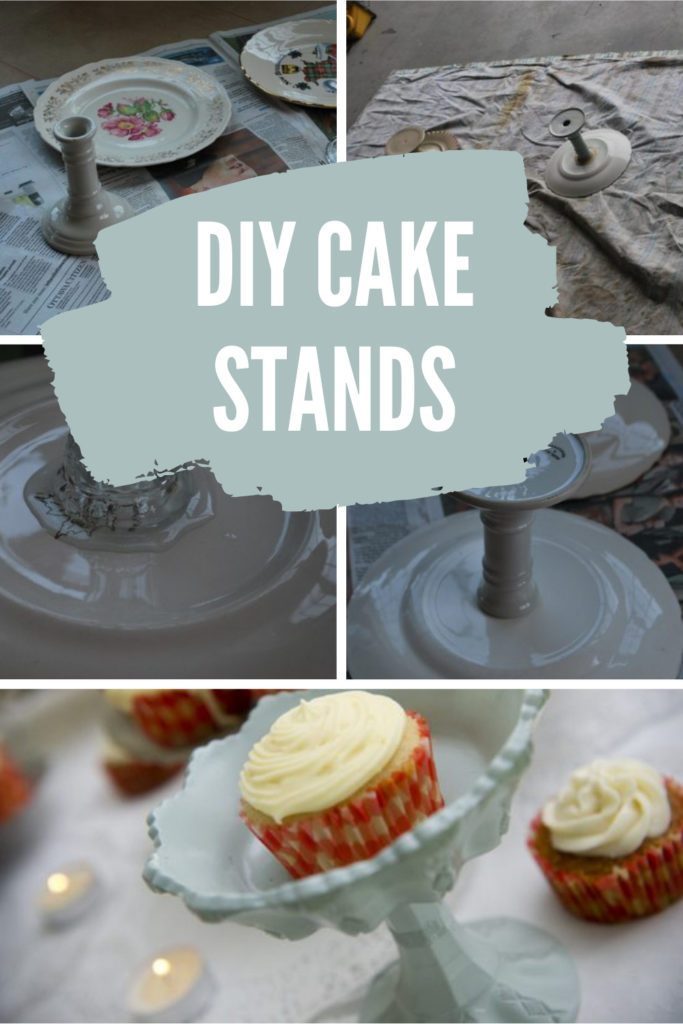 As with everything else in our wedding, we did things ourselves: so cue the baking and icing assembly lines! We made two varieties: a lemon-vanilla cupcake with orange citrus icing and a carrot cake cupcake with a cream cheese icing. Seriously yummy. But this ain’t a food blog, so I’m not here to give you baking advice. Unsurprisingly, I got overly excited about the table that the cupcakes would sit on… and that’s where the thrifting and DIY came in. As per usual, I didn’t want to go out and spend a bunch of money on a big cupcake tower or cakestands, so I decided to make DIY Cake Stands myself. Off to the thrift stores I went and bought up a bunch of candlesticks and dinnerplates (all around 50 cents each!). 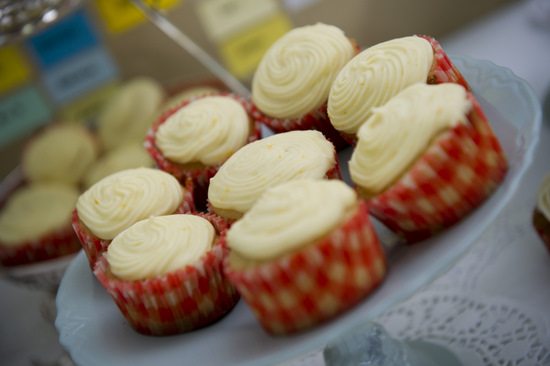 How to Make DIY Cake Stands:

I tried to get plates that were a bit frilly and had ruffled edges. And the candlesticks could be any colour or variety, just so long as they were the right general size — about 4 or 5 inches high. I also scored some actual cake stands too, which was lucky. They were silver so all it took was a bit of polish and they looked like new again. 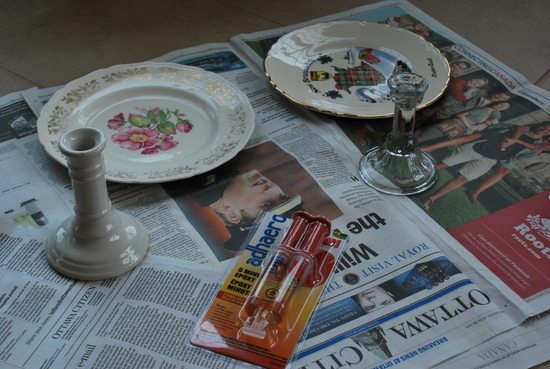 I laid out my candlesticks and plates and then matched them up. I just tried them all around on each other and decided on which looked best and which felt like they would make a sturdy match (you wouldn’t want to put a super heavy plate on a too-delicate candlestick). Then I used some extra-strength super glue that I grabbed from the dollar store. Since I knew people wouldn’t really see the bottom of the stands, I was very liberal with the amount of glue I plastered on there. I wanted to make sure that those plates weren’t going anywhere. So since I was way too glue-happy, it took several days for these puppies to dry. I just left them upside down and let time do to the trick. 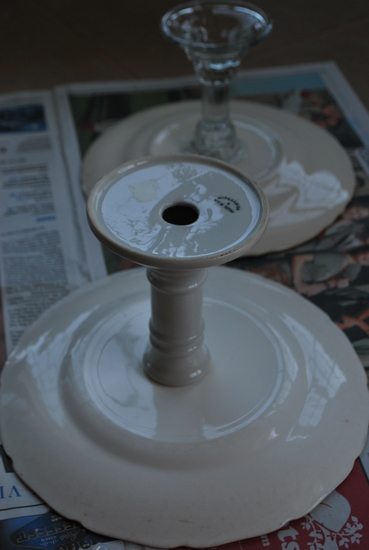 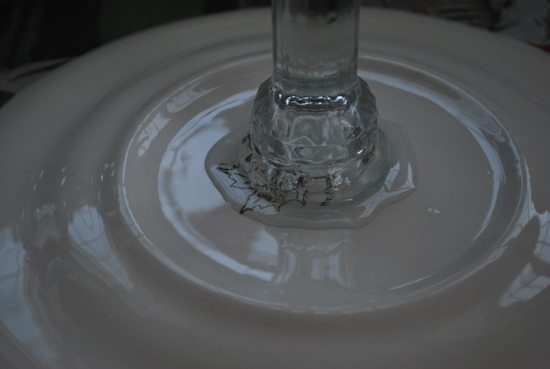 Once everything had set, it was time to do a bit of my favourite activity: spraypainting. In future, I think I might make a few more of these and do them with retro floral plates and then leave them un-spray painted (perfect for a little tea party), but I wanted these ones to match the overall decor of the wedding, so of course they became my trademark aqua blue. Here they are just pre-painting: 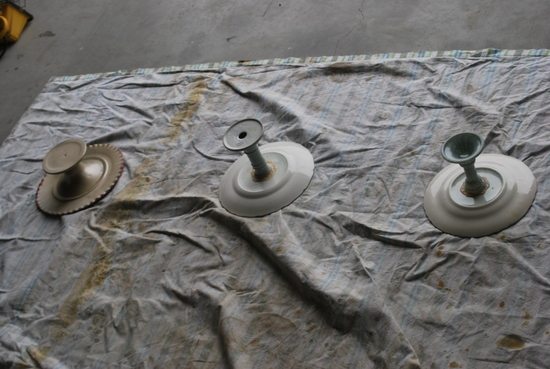 How to Make DIY Cake Stands – Perfect for our cupcakes!

And here they are afterwards! They looked great and held up well. No scratches or paint chips or anything. Of course you don’t want to put food directly on them (spraypaint=not food friendly), but something like cupcakes that are in little wrappers are just dandy. 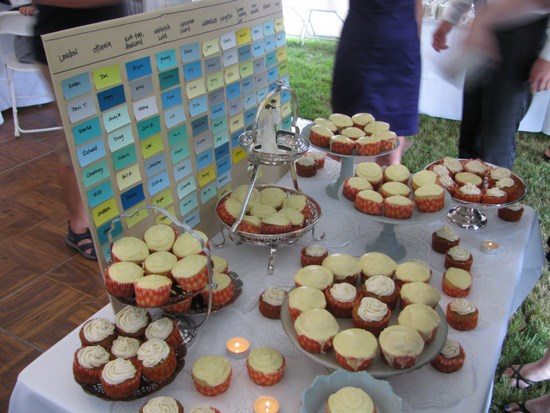 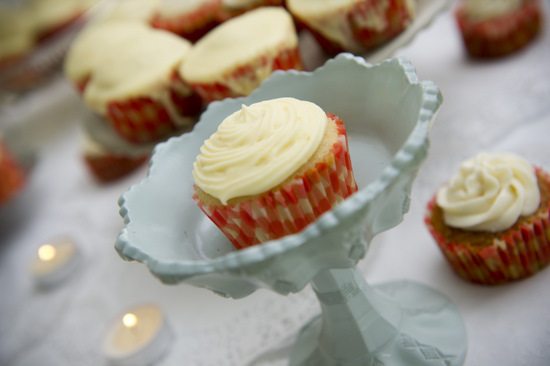 This is a really easy and inexpensive project — perfect for a rainy weekend afternoon. Total cost for us? $10 at the thrift store and $6 in spraypaint = $16 bones. 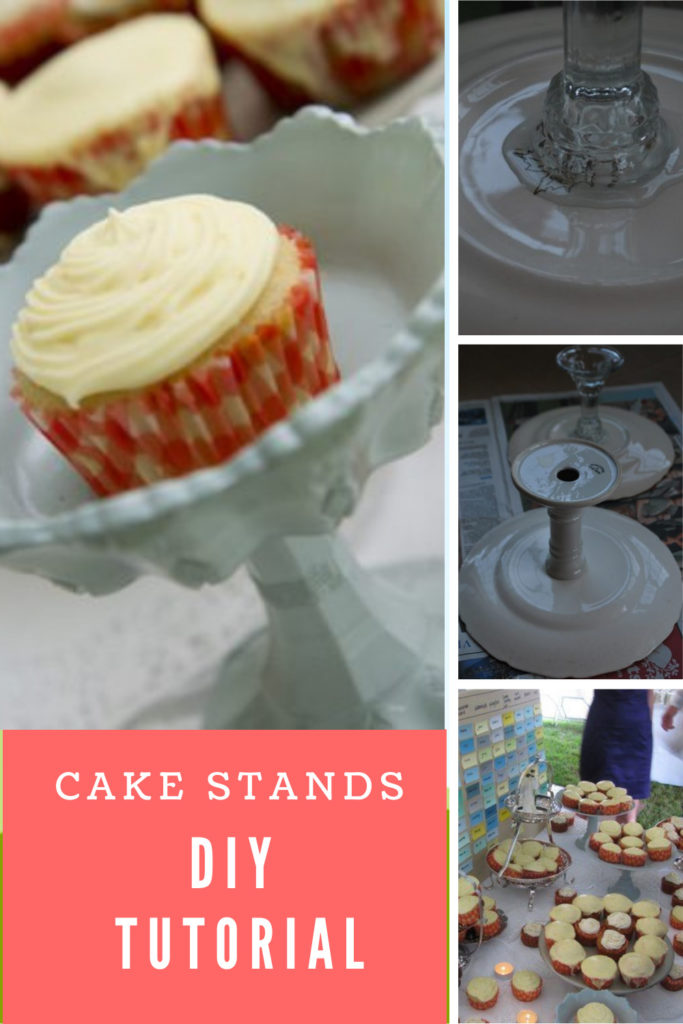 What about you guys? Have you tackled any cake/cupcake stand DIYing? I’ve seen tons of examples of similar projects out in the blog world.