Alright guys, we have officially broken ground on the nursery. In case you missed it, here is the post with the general direction of where this room is headed (though some of these moodboard items have already changed…!). 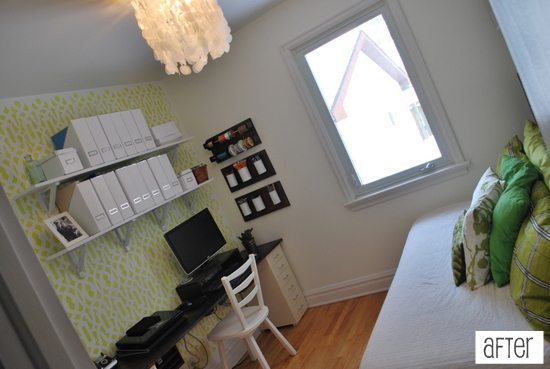 Of course the room turned into a hot mess as we dismantled everything, moved the bed out, and generally got ready to start our makeover.

First up was to give the whole room a fresh coat of white paint. I had toyed with the idea of a light grey and painted a few patches on the wall, but ultimately decided that a crisp white would just be so nice and bright and let the others colours in the room really shine. 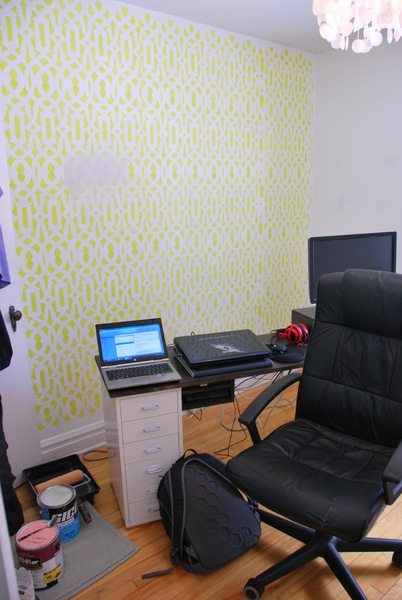 Even though three of the walls in here were already white, the white had a slightly yellowy undertone that I had never loved (you can kind of see it in the photo below when you look at the wall compared to the ceiling). Time for a fresh coat and new start. Luckily I had almost a full gallon of white paint leftover from our front hallway – an off-the-shelf white from the Sico line that I knew was a very bright white. And to be captain safety while I’m preggo, it was a no VOC paint and I had the window wide open for good ventilation. Actually painting the room while I was pregnant was a great workout – good for my arms and lots of squatting! 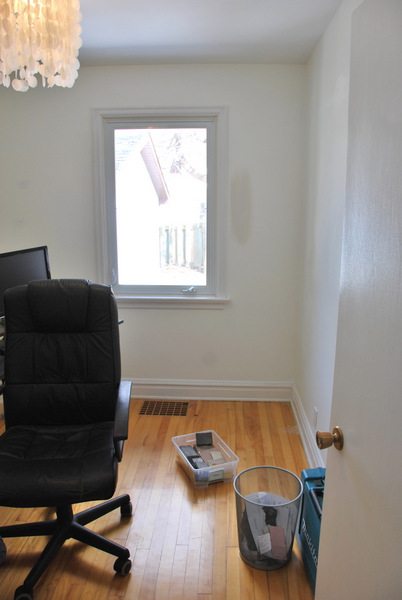 We dismantled the big desk we had DIYed back in the day in favour of something smaller that would tuck more inconspicuously into the room. That’s where the Micke desk from IKEA came in. At $99 in its shiny white finish with a closed shelving unit to hide those ugly computer components, it was a total winner.

As with any IKEA furniture, there is some assembly to do. Hubby and I opened up the flat packed boxes and got to work. It was all pretty self-explanatory (just need to follow the pictures!) and took about an hour from start to finish. No glueing – just some screwing and tapping and voila. 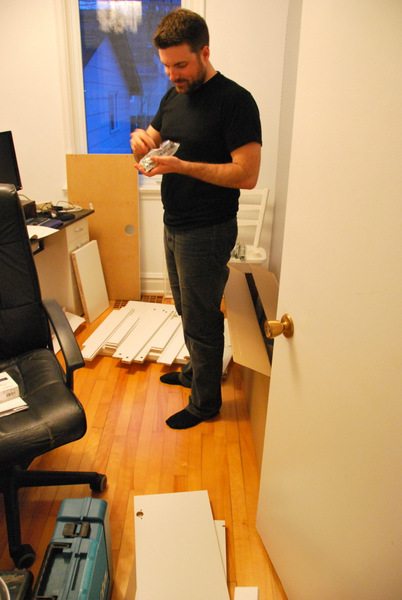 I’m embarrassed to even post this photo in my very un-flattering and un-cute pyjama, but wanted to give you an ‘action’ shot. Keepin’ it real.. 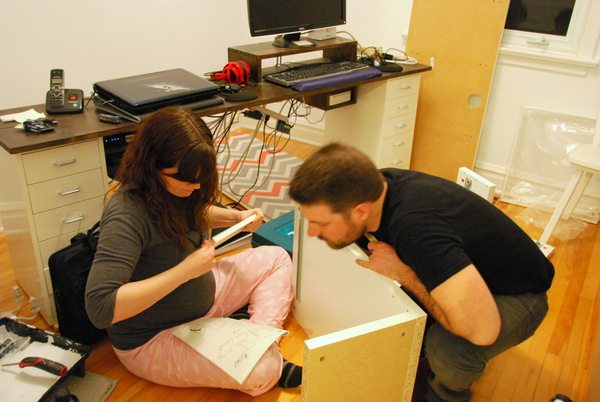 And here is the desk in its new nook. Pardon the rest of the mess, but doesn’t it fit that space just perfectly? And see how bright those white walls are? Double yay. 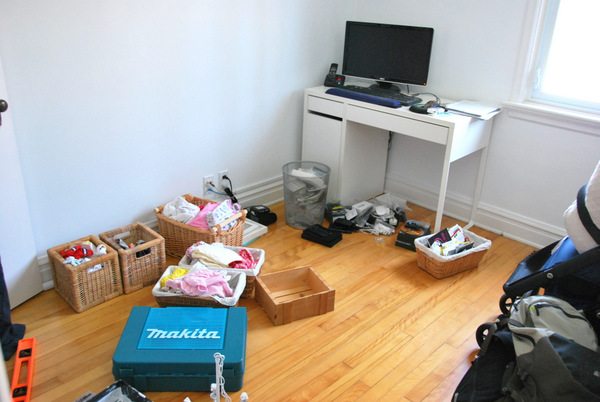 Not that we’ve had tons of time testing it out so far, but overall the desk is super. The finish is really nice, the door and drawer open and slide so smoothly, and the best part (for us anyway) are its’ nice slim dimensions. The fact that it’s opening up that whole other wall where our old desk used to be for a nice, long dresser is awesome. 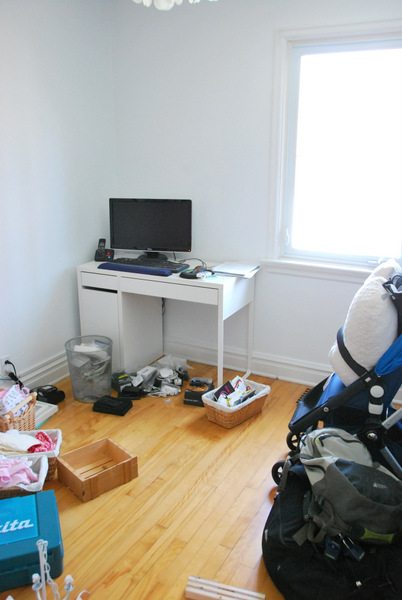 So that’s one thing we can check off the list. I’d like to install some shelves above the desk for a mixture of storage and artwork, but onto some of the other big tickets items first. We’re starting to knock ‘em out in this room (we’re on a roll!)… so stay tuned!

Have you guys bought an IKEA desk before? They are ridiculously well priced and there are so many options, it’s hard to go wrong. If we didn’t need the storage, I would love to just have some basic legs with the table tops they sell – industrial and so sleek looking. In other news, how was your weekend? Any fabulous mother’s day events? We had my parents and some of my siblings over for brunch that morning, and I got my first ever mother’s day card from my nieces. Isn’t that the sweetest? Totally made my day.