Home » OUR LIFE » my weekend according to instagram
0 shares

If you guys follow me on instagram, you will have noticed that there was a wedding, girlfriends, and anniversary celebration all packed in there this past weekend.

When I was at Queen’s University for my undergrad, I lived with five girlfriends. It was way, way too much fun, and I love them all dearly. Can you believe that it took us seven years to have a full reunion? There have been times that all but one have been together (two weddings and some birthday celebrations), but it took until my girlfriend Renita’s wedding in Toronto this past weekend to get all six of us. We had about 24 hours together and we made it count.

First – the gorgeous bride and handsome groom. You can tell it was a fun wedding, hey? 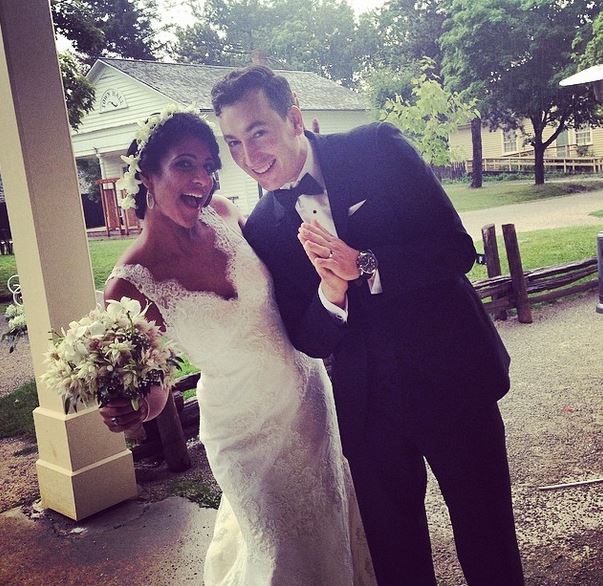 A selfie, of course. I have some serious crazy eyes going on (how does one eye look SO much bigger than the other?!), but I still love the photo. There is a lot of happiness going on here. 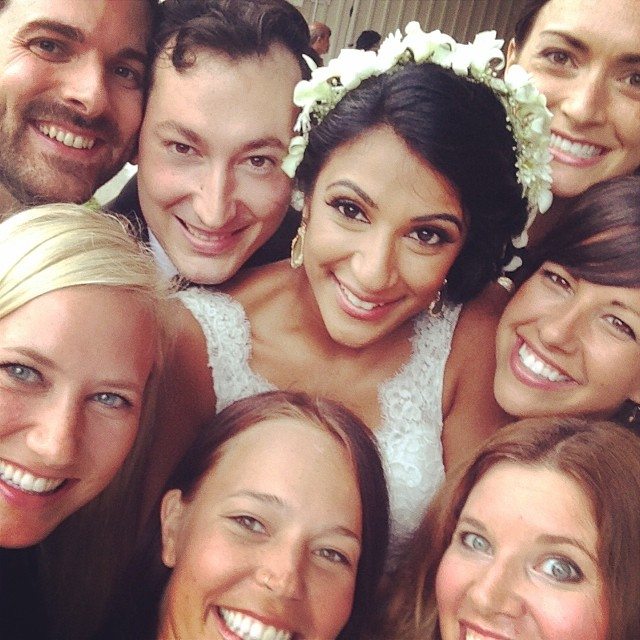 Here were five of us waiting pre-wedding. It was raining reaaaally heavily outside, where the wedding was supposed to take place, so just after this photo we kicked things into high gear and helped transform the hallway into a wedding alter. #lastminuteweddingplanners 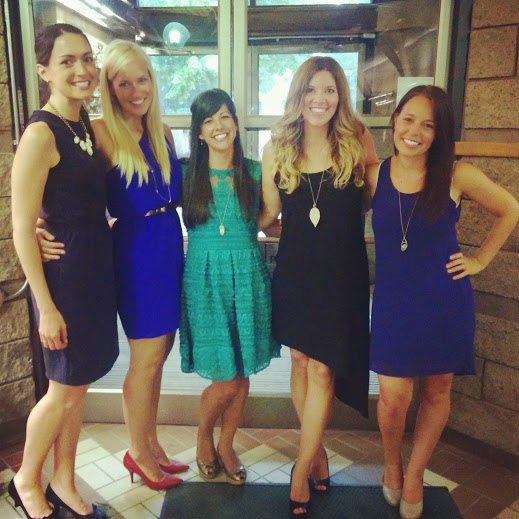 Luckily the rain let up after the ceremony though and we walked over a simply gorgeous reception. The first dance was lovely, but you should’ve seen the dancing going on on this floor into the wee hours of the morning. There were live Caribbean drummers and just a whole lot of shaking. 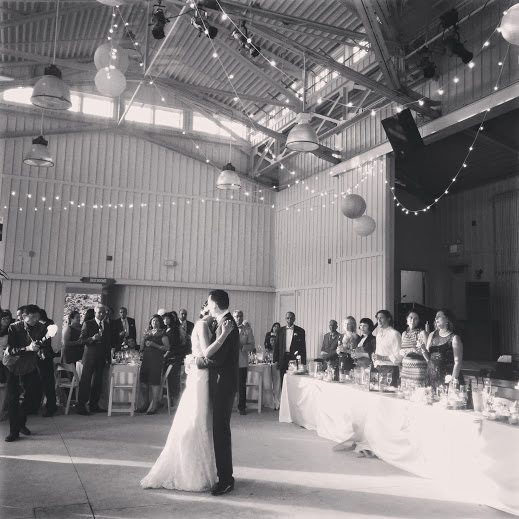 We were slightly obsessed with documenting our reunion. #360. (We lived at 360 Brock Street in Kingston back in the day). 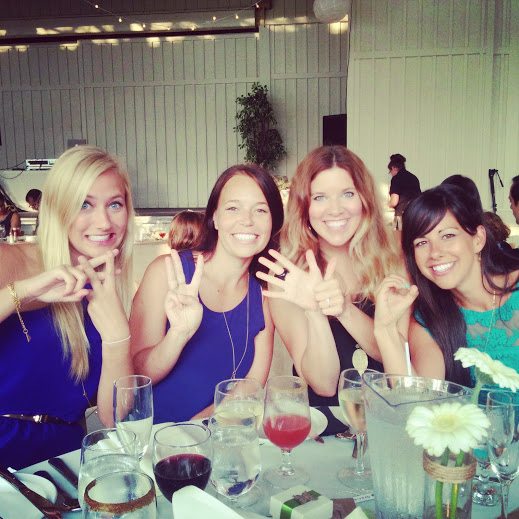 Oh and this guy was a total star. The other fellas weren’t able to make it, so Danny was at a table with all of us ladies. Luckily though, he is pretty used to our constant chatter and giggles – he was around back in the Queen’s days and just gets it. Ha! 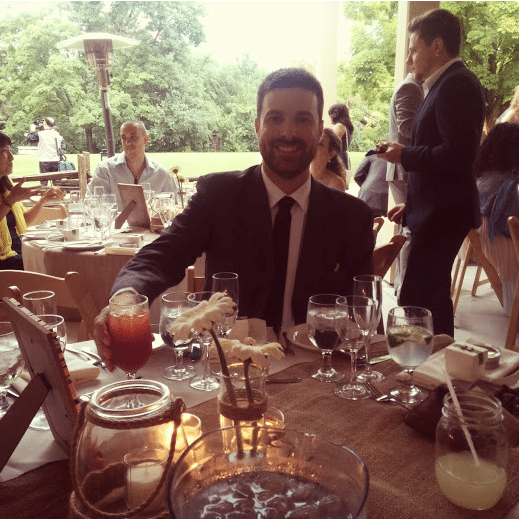 The next day, we got our tired butts out of bed and strolled around Yorkville in Toronto. Besides getting coffee, our priority was getting ourselves to anthropologie. So much love for that store.

This fixture was hanging from the second floor. You could totally DIY a smaller version of this by dipping some paint sticks or shims into a few different colours of paint and hanging them from something like a piece of driftwood. 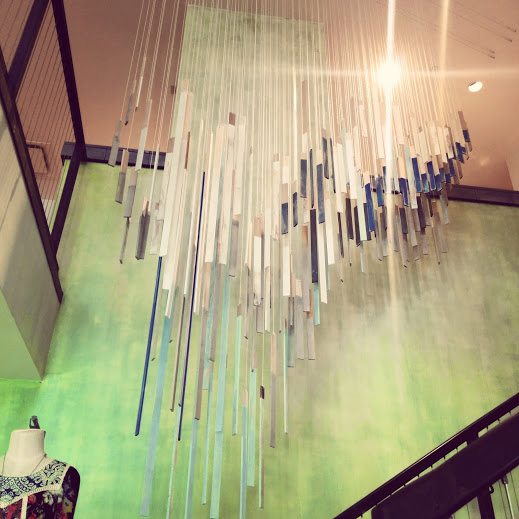 I always get such inspiration from the patterns and colours in anthro. All of this dishware and the painted chairs had me at hello.

And of course getting into the change room and trying things on is way more fun with girlfriends around. None of us walked out empty handed. 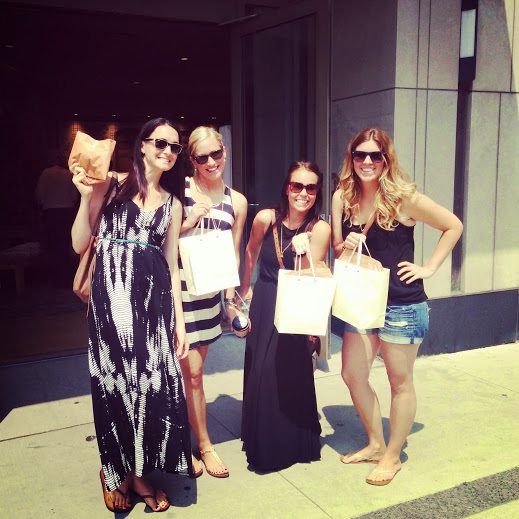 After enjoying the rest of the day together, we sadly had to part ways. Most of the girls were headed back home to Vancouver. I was feeling pretty blue, but luckily Dan and I had some more celebrating to do over the weekend – our 3rd wedding anniversary! Our actual anniversary isn’t until tomorrow, but since Maya was staying with my parents, we decided to tack on the extra night and celebrate.

We stayed at a boutique Inn in Picton – which was on the way home from Toronto – called The Manse. It’s an old stone building that has been totally renovated and has the most gorgeous landscaping. 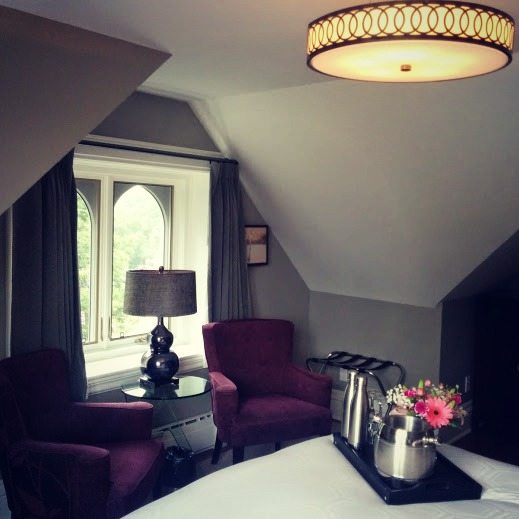 Dan was a super clever husband and called ahead to have flowers in our room for me. Well played, honey. 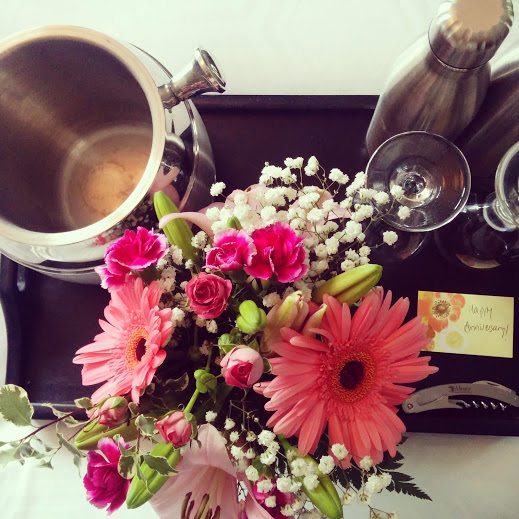 We didn’t really leave the Inn – it was just too nice! The chef is AMAZING and so we had dinner there in the dining room. It was 3 courses of heaven. And then the next morning, after another delish meal for breakfast, we just lounged around by the pool and hot tub. Pretty blissful. 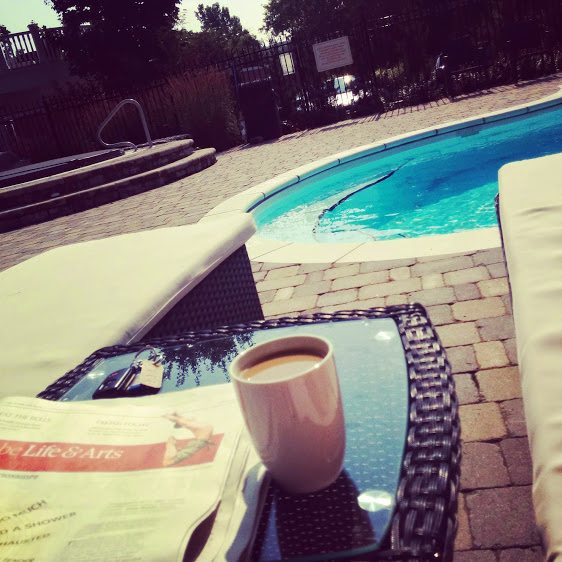 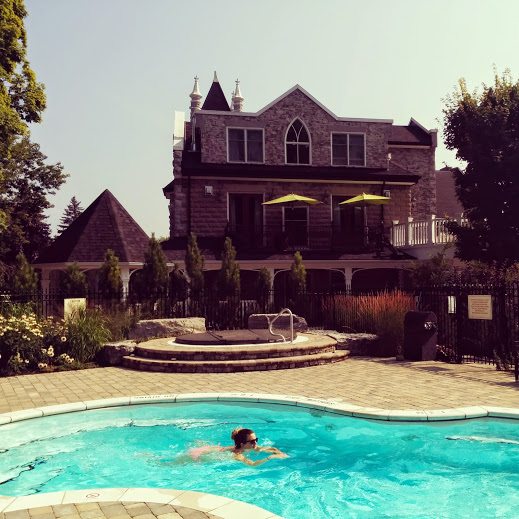 After 3 nights of being away from Maya (longest ever!), we were pretty giddy to come home to her. I don’t think she really missed us one bit – she was having way too much fun with Nana and Grandpa – but we gave her some extra squeezes and snuggles last night anyway.

Do you guys have any little roadtrips planned for this summer? Did you do anything special this past weekend? Any weddings to go to? Oh and if you want a glimpse into what I’m up to, follow me here on instagram!